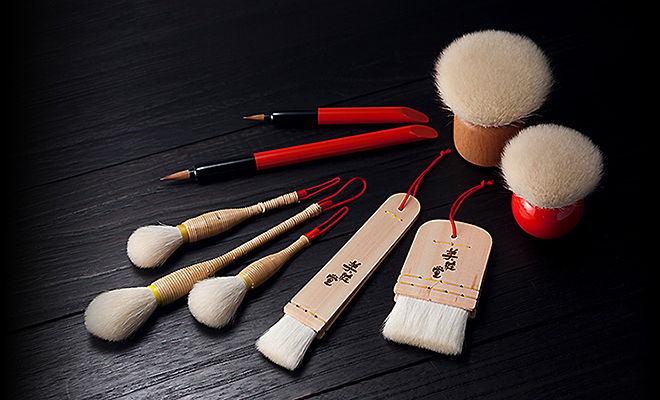 The Origins and Heritage of Japanese Brush-making

Some brush-shaped patterns, which are thought to have been drawn in the late Neolithic, have been found: this suggests that brush-like items already existed at the time.
In Japan’s Nara period, when Buddhism became prevalent, copying Sutra scrolls spread throughout the country, thus increasing in demand for brushes all over Japan.
Afterward, in the Heian period, Kuukai -who was also known as a master calligrapher- brought the newest brushmaking techniques back from China, passed them to brushmakers and had them create brushes to offer to the imperial court: this is said to be the beginning of Japanese brushmaking.
Brushes thus originated from “Writing”, then evolved to makeup brushes that focus more on “Drawing”.

Ueda Bisyodo is a brush workshop that has inherited the Japanese old traditional brushmaking techniques.